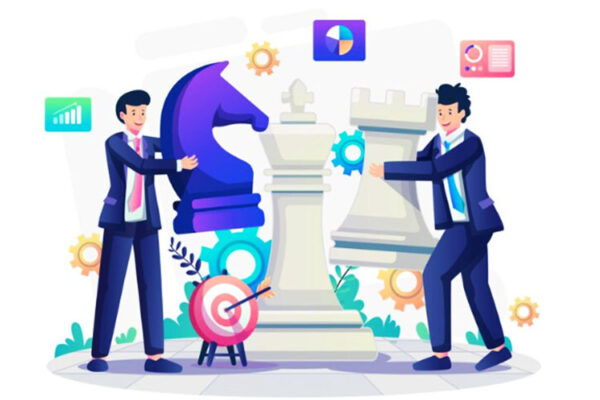 The strategic decisions made by the leadership of organizations tend to have long-term effects and decide the future of the organization. For a long time, this decision-making was intuitive, and when we say intuitive, we mean it to be influenced by the implicit knowledge of the individual. One of the successful examples of this school of thought has been Jack Welch, and his autobiography is replete with examples of making decisions based on this implicit knowledge. No wonder the book was aptly titled “Straight from the gut.”

However, in the last three decades, with the advent of the information age, the growth rate of data generation due to advancements in internet accessibility and other technologies has led to us generating 79 zettabytes of data in 2021 alone. With further progress being made through the Internet of Things(IoT) devices, this data will only increase exponentially. This has made navigating through the business landscape complex and the job of leadership extremely difficult, with multiple pieces all moving simultaneously.

Data-driven Decision-making is Here to Stay

In such a scenario, what of the decision-making that is based on intuition or implicit knowledge? How do we utilize that while staying within the boundaries of data? Is there a space for both schools of thought to co-exist and feed off each other, thereby improving decision-making? Thankfully, the answer is yes, and let us delve into it further with an example.

Let’s take the example of Steve Jobs and Apple. After the acquisition of NeXT by Apple and, subsequently, Steve Jobs getting back as CEO in 1997, his sole aim was to get Apple back to a healthy and profitable scale. In this turnaround journey, multiple decisions were taken at Apple by him, and some of these decisions were purely number driven. The cancellation of Newton, Cyberdog, and OpenDoc projects are examples of data and number-driven decision-making. These products were consistently losing money for Apple and were nowhere close to turning in profits. The savings on Newton Project alone were to the tune of $100 million. Apple was able to substantially reduce costs by canceling these initiatives, and Steve Jobs was able to turn Apple profitable by 1998.

Apple and Microsoft Coming Together

However, the one decision which had elements of both data-driven and intuitive elements of decision-making was the partnership with Microsoft that was announced in 1997 at Macworld, Boston. This one decision was key to the current survival and future profitability of Apple, and the investment of $150 million by Microsoft could not have come at a better time for Apple. The key part of the deal included a commitment from Microsoft not to sell these shares for a minimum of 3 years period, and that allowed Apple the time to re-build.

Considering the earlier conflicts between Apple and Microsoft around patents and different approaches to designing and shipping their products, this announcement came as a shock to everyone. Analyzing this decision, it was their long-term understanding of the industry landscape from Steve Jobs which allowed him to put the past aside and collaborate with Microsoft rather than compete. This knowledge manifested in his acknowledging the importance of being part of Industry Standards which he saw as an important element for the long-term success of Apple.

The Role of Implicit Knowledge in the Success of Decision-making

In recap, we see that as the impact horizon shifts from near to medium to long term, the relative importance and contribution of data and number-driven aspect of decision-making starts shifting in favor of implicit knowledge and understanding of leadership teams. Whenever we see unstructured processes and information, there is a higher chance that the role of implicit knowledge or intuition in the success of the decision will be the differentiator. After all, intuition draws from the objective and subjective information of the decision maker who has honed it after spending years doing what he or she does. It is also not what most people assume quick and impulsive – It is more cultivated and nuanced and based on years of experience.

In the words of Steve Lohr,” Listening to the data is important, but so is experience and intuition. After all, what is intuition at its best but large amounts of data of all kinds filtered through a human brain rather than a math model?”

With a background in life sciences as well as experience with Analytics Tools and in-house discovery frameworks, the application of DefineRight (DR) understands how to apply the implicit Life Sciences Knowledge well with data. The business analytics service from DR is a combination of frameworks and tools that allows you to get more out of your business data.

Why Wait When You Can Take Control of Creating Joy in Your Work?